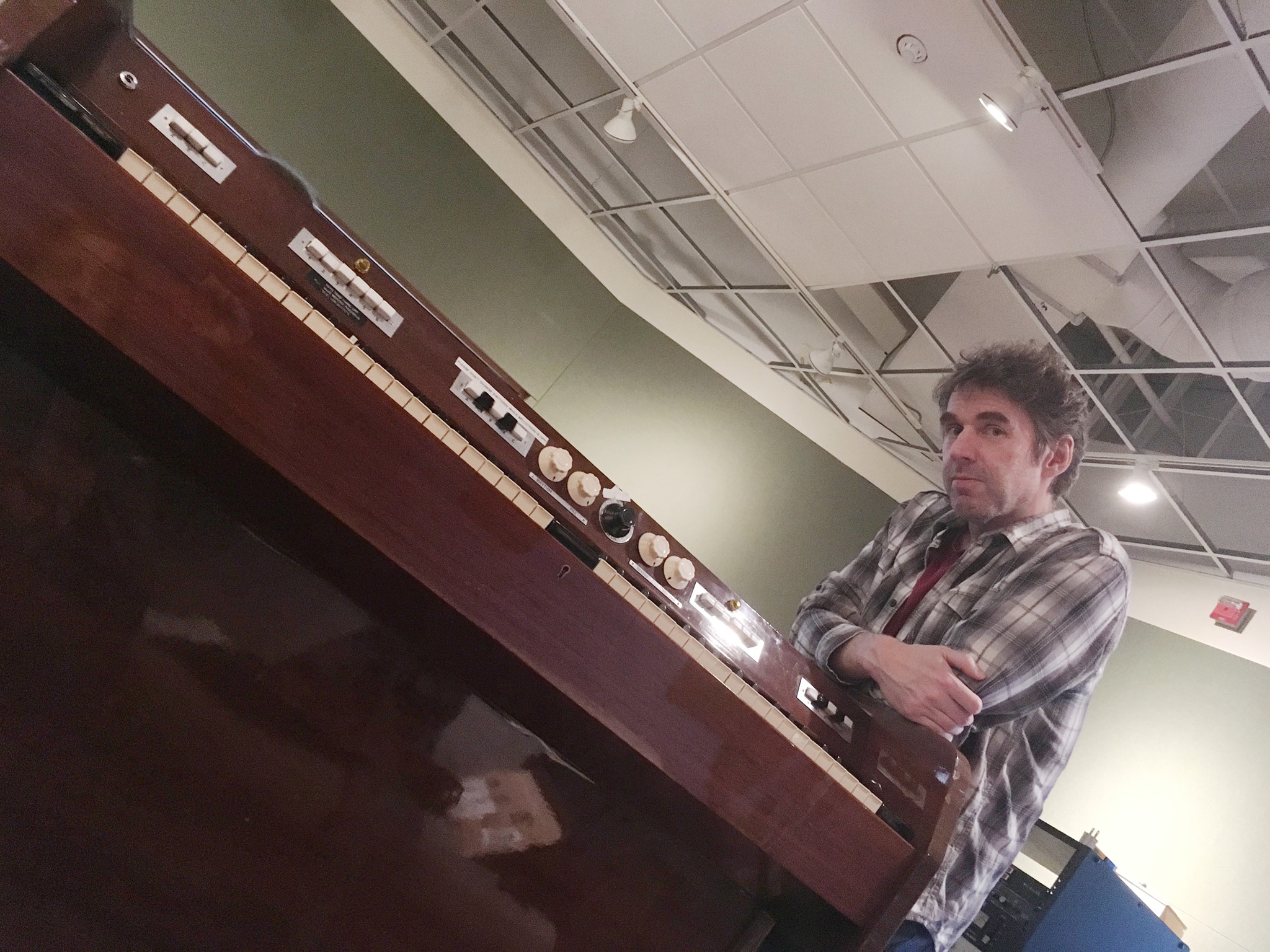 If you know me, you’ll know that I have a certain fondness for the sound of the Mellotron, and in particular that of The Moody Blues, as created by Mike Pinder, and I’m prone to using those sounds in my own recordings – albeit in sample form.

Well – on 14th March 2018, with grateful thanks to Q Division Studios, Boston and the machinatious Andrea Kremer, I had my first real-life Mellotron experience. 😀

This is Mellotron MkII #210, one of several previously owned by the very same Mike Pinder of The Moody Blues. What else could I play but that ultimate Moodies Mellotron tune, Pinder’s own “Out And In” from “To Our Children’s Children’s Children”? Three takes on the traditional 3 Violins voice have been combined with a couple of takes using MkII Flutes, because why not? The original song was recorded in at least two parts, probably doubled, but I attempted to play the lot at once. Vocals and other instrument parts recorded at home – and with a little real flute on the end as a little nod to the memory of Moodies’ flautist Ray Thomas.

My recording engineer was Grace Reader, and Jon Lupfer was on hand to tweak the Tron when it was feeling old and tired. 🙂 Many thanks to Grace and Jon for their time, patience and tolerance of the high screeching top E. Special thanks to Andrea for not only causing it to happen, but for filming several takes, and also putting up with that top E.

“Wonders of a lifetime.”

Q Division Studios (they have a Chamberlin too): http://www.qdivision.com